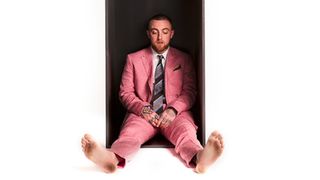 Earlier this month Mac Miller announced his upcoming album, Swimming, due out in August. Now following the release of “Self Care” and “Small Worlds,” the Pittsburgh rapper shares another track from the work with “What’s The Use?.”

“What’s The Use?” was premiered today as Zane Lowe’s World Record, as it boasts production by Pomo and instrumentation courtesy of Thundercat and Dam-Funk. Snoop Dogg and Syd then provide background vocals to the smooth number.

“I just like having something that comes on and makes people want to move in a different way,” Miller says of the song, which you can stream now above.

Swimming is scheduled to arrive August 3.