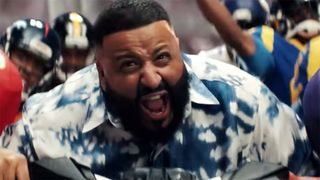 The brand new ad, which plays on the pre-game huddle, finds athletes and celebrities hyping each other up in order to get the best out of their Madden 20 gaming skills. DJ Khaled and Lil Yachty star in the clip alongside NFL standouts Patrick Mahomes of the Kansas City Chiefs, Pittsburgh Steelers’ Juju Smith-Schuster, and New Orleans Saints’ Alvin Kamara.

After watching the launch trailer, you can stream the Madden 20 soundtrack below.