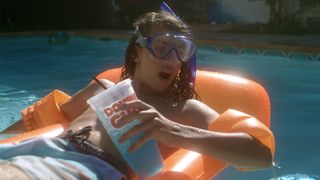 MadeinTYO is slated to drop his debut album Sincerely, Tokyo, out October 26, and before its arrival, the Atlanta rapper has released the official video for “Outstanding,” taken from the forthcoming LP.

Directed by JMP, the visual features MadeinTYO enjoying a dream-like sequence which spotlights four boys that find themselves smitten over their tutor who leads them on with sexual flirtatious advances. Additionally, the song’s producer, Ronny J, also makes an appearance to add to the wild visual.

The official tracklist for Sincerely, Tokyo is shown below, with features from Gunna, Blood Orange, Tinashe and more. The album is available for pre-order on iTunes on October 10 in the U.S. and worldwide beginning October 11, while you can pre-save it on Spotify now.

Also, MadeinTYO will be performing at the Snowta Festival in Minneapolis on December 30.

In other new music videos, French Montana and Drake share a cameo-filled “No Stylist” visual.