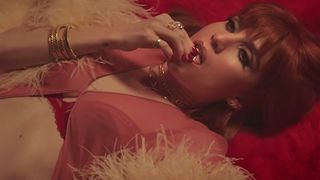 Mark Ronson recently announced that he’ll be dropping his new album, titled Late Night Feelings on June 21. To maintain the anticipation swirling around the release, the British musician has unveiled a video for the lead single (and title track) which features Swedish sensation Lykke Li.

In an accompanying press release, Ronson explained how the project is loaded with “sad bangers.” Special guest appearances from Miley Cyrus, King Princess, Camila Cabello, Alicia Keys, Diana Gordon, and Angel Olsen are also included on the LP along with a handful of other talented artists. Late Night Feelings is the follow-up to Ronson’s 2015 album, Uptown Special.

Watch the visual unfold above.

In other news, we sat down with the founders of Sherbinskis, a premium cannabis lifestyle brand. Check below.