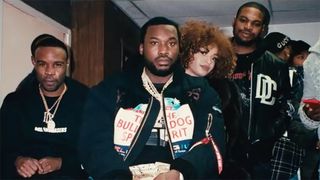 Meek Mill returns this week in support of his recent album, Championships, sharing the official music video for the project’s opening track, “Intro,” which samples Phil Collins’ “In the Air Tonight.” Press play above to check it out.

Directed by Kid Art, the clip sees Meek surrounded by a number of his friends and supporters, including fellow artists Casanova, Lil Durk, and Melii.

“Intro” is the first track following the release Championships to receive an official aesthetic. After watching the visual, you can revisit the album underneath.

In other music-related news, Ty Dolla $ign is facing up to 15 years in prison for felony drug charges.