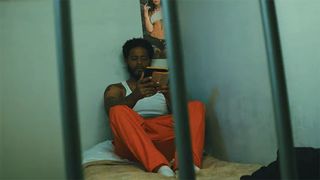 After being granted a new hearing in his long and drawn-out drug and gun conviction case, Meek Mill is back to the music, today sharing the official video for one of his Championships cuts, “Oodles O’Noodles Babies.” The moving visual ultimately showcases the vicious cycle of the criminal justice system.

"..its the conditions in which you plant your seeds that determine how they will grow…"

While Meek is absent from the clip, the cinematic Will Ngo-directed video centers around a man and his son, as the father is sent away to prison following a grave mistake. The visual then fast forwards to find the son all grown up with a boy of his own, but unfortunately he is put in the same position as his dad. Will he succumb to the pressure and leave his child without a father? Press play above to find out in Meek Mill’s “Oodles O’Noodles Babies” video.

Again, “Oodles O’Noodles Babies” is taken from Meek’s 2018 album, Championships, which debuted at number one on the Billboard 200 chart.