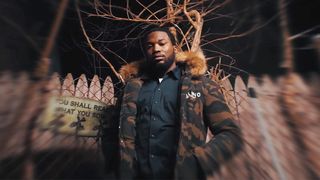 Meek Mill has released the official video for “Trauma,” one of the standout tracks from his critically acclaimed new album Championships.

As you might expect given the song’s title, the video offers a window into the traumatic experiences Mill has been through on his path to where he is today. The rapper is seen both as his present and childhood self in the clip. He’s seen as a child sitting next to a photo of his dead father, and as an adult reflecting on tragic deaths, drugs, police busts, and prison time. Watch the video above.

“Trauma” is the second track to receive an official video following the release of Championships. You can watch the video for the first single,  “Intro”, below.

After you’ve watched those two clips, revisit the whole album below.

Now, here are 10 movies to get you through the holiday season.