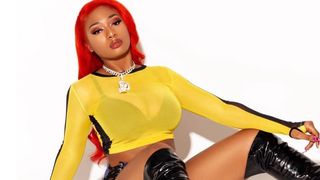 Megan Thee Stallion is full speed ahead for her ongoing takeover of the rap world. The Houston rapper recently made an appearance on Charlie Sloth’s Beats 1 radio show Fire In The Booth where she delivered one of the fiercest freestyles ever. In a promotional tweet, she described the setting as being “in her natural habitat.”

During the freestyle, Megan Thee Stallion name drops iconic characters from the anime shows Pokémon and Dragon Ball Z. Last week, she had the Internet buzzing over her newfound appreciation for anime when she posted a photo with a caption referencing My Hero Academia. Scroll down to stream the full freestyle.