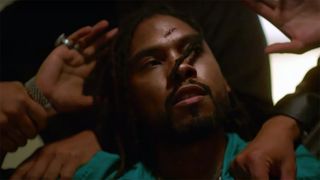 Following a collaboration with GoldLink, Miguel is back with a new clip for his recently released song, “R.A.N.” The tune appears on the Future-helmed soundtrack for Director X’s Superfly remake, which is currently in theaters.

The aesthetic finds Miguel and his lady on the run, as we then see footage from the movie interspersed within. Press play above to check it out, then see underneath to stream the aforementioned Superfly soundtrack, also featuring Future, PARTYNEXTDOOR, 21 Savage, Young Thug, Lil Wayne, and more.