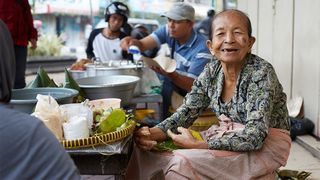 Netflix has just shared a trailer for its new documentary series Street Food, from the creators of Chef’s Table.

Of course, the nine-part series is not just about the food, but also about the people behind the meals. Each episode will feature a different country and focus on three or four vendors, some of which have Michelin stars. One such chef is Jay Fai from Thailand, who was the first street stall chef in Bangkok to receive a star. Others featured include Mbah Lindu from Indonesia, who’s 100 years old, and 85-year-old Singaporean noodle god, Master Tang.

German Sci-Fi Series ‘Dark’ Is By Far the Most Insane & Twisted Show on Netflix
MoviessponsoredJune 25, 2019