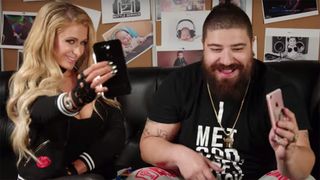 Netflix has released a new documentary focusing on social media influencers and what it means to be famous in a digital world. From producer and filmmaker Bert Marcus, The American Meme follows a handful of celebrities as they discuss the volatile nature of social media fame.

Paris Hilton, Josh “the Fat Jew” Ostrovsky, Vine star Brittany Furlan, and Kirill “the Slut Whisperer” Bichutsky are the key subjects of the doc, while Emily Ratajkowski, DJ Khaled, and Hailey Baldwin also feature, delving into what it means to be your own brand and what happens when things go wrong.

Press play above to watch the American Meme trailer, as the documentary is currently streaming on Netflix.

Up next, get a first look at Netflix and BBC’s forthcoming adaptation of Richard Adams’ ‘Watership Down.’