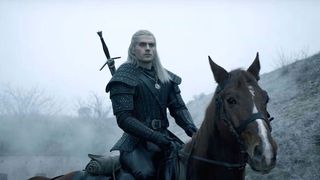 In 2017, Netflix confirmed it was making a live-action remake of critically acclaimed video game The Witcher. While the news seemed too good to be true, the streaming giant just unveiled the first official trailer this weekend at the San Diego Comic-Con.

The action-packed trailer shows Henry Cavill starring as the hero Geralt of Rivia in the epic tale of survival in a fantasy world of humans, witchers, elves, gnomes and monsters. The story follows traveling monster slayer Geralt as he rights some of the world’s wrongs.

In a statement, Netflix revealed the rough plot. “The witcher Geralt, a mutated monster hunter, struggles to find his place in a world where people often prove more wicked than beasts. But when destiny hurtles him toward a powerful sorceress, and a young princess with a dangerous secret, the three must learn to navigate the increasingly volatile Continent together.”

Check out the trailer above or a preview of the fantastic series coming to our screens soon.

Twitter Promises ‘The Witcher’ Is the GoT Alternative We’ve Been Looking for
MoviessponsoredDecember 20, 2019
What To Read Next
Load More
Search Results
Load More