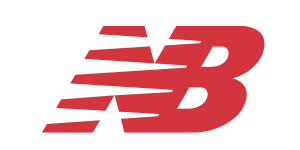 Around 2016, London’s Neverland Clan were the talk of the town, attracting the attention of Skepta and Virgil Abloh while drawing comparisons to icons with their irreverent music, art, and fashion — according to multiple sources, they would be the next collective to blow up.

But despite the occasional music release and successful solo projects, Neverland Clan have been quiet since the initial spate of hype and truth be told, we wondered if Neverland Clan had disbanded. We couldn’t have been more wrong. All great artists know there’s time for talking and there’s time for putting your head down and doing the work. Turns out, over the last two years, Neverland Clan have been patiently doing the latter. Whether in the music studio or design studio, core crew members Ryan Hawaii, Daniel Triple OG, and Omelet have been in training and crafting mode, perfecting their skill sets and readying themselves for the next wave. Daniel Triple OG has even named his upcoming music project Preseason as a reflection of the heavy lifting he’s been doing in preparation for what’s to come. Neverland Clan doesn’t have a label telling them what to do next or imposing unwanted deadlines on their work. Instead, they encourage and motivate one another, constantly inspired by one another’s tireless output. “When I see these two doing stuff, it’s motivation. That’s why I go into hiding ‘cause I’m just like ‘let me just work,’” explains Omelet. Like New Balance, Neverland Clan represents family, related not by blood but shared passions and goals. They find solidarity in their vision but encourage fearless independence. To celebrate the release of New Balance’s 997 Sport, we visited Neverland Clan at one of their South London studio spaces to capture them in their natural habitat and discuss what they’ve been quietly working on.

“I create a new way of seeing the world and a new era of art.”

“I make music that’s sick and interesting and different.” 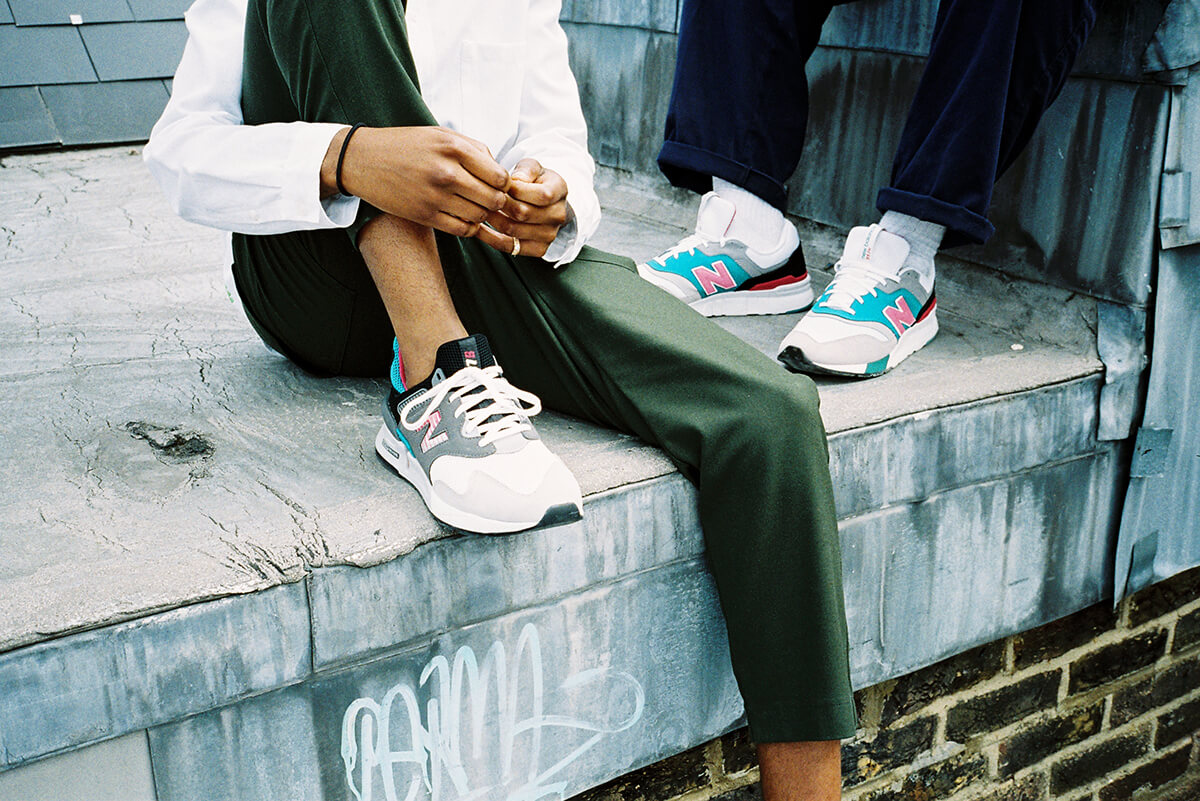 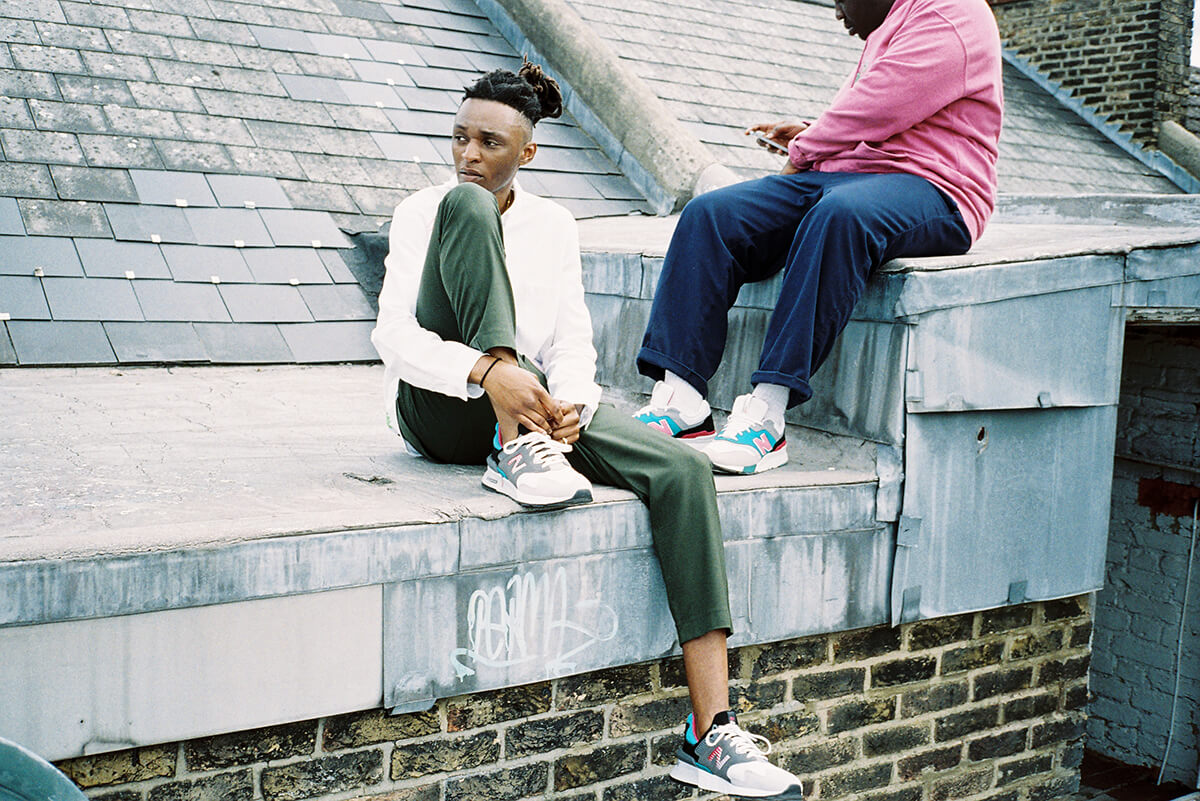 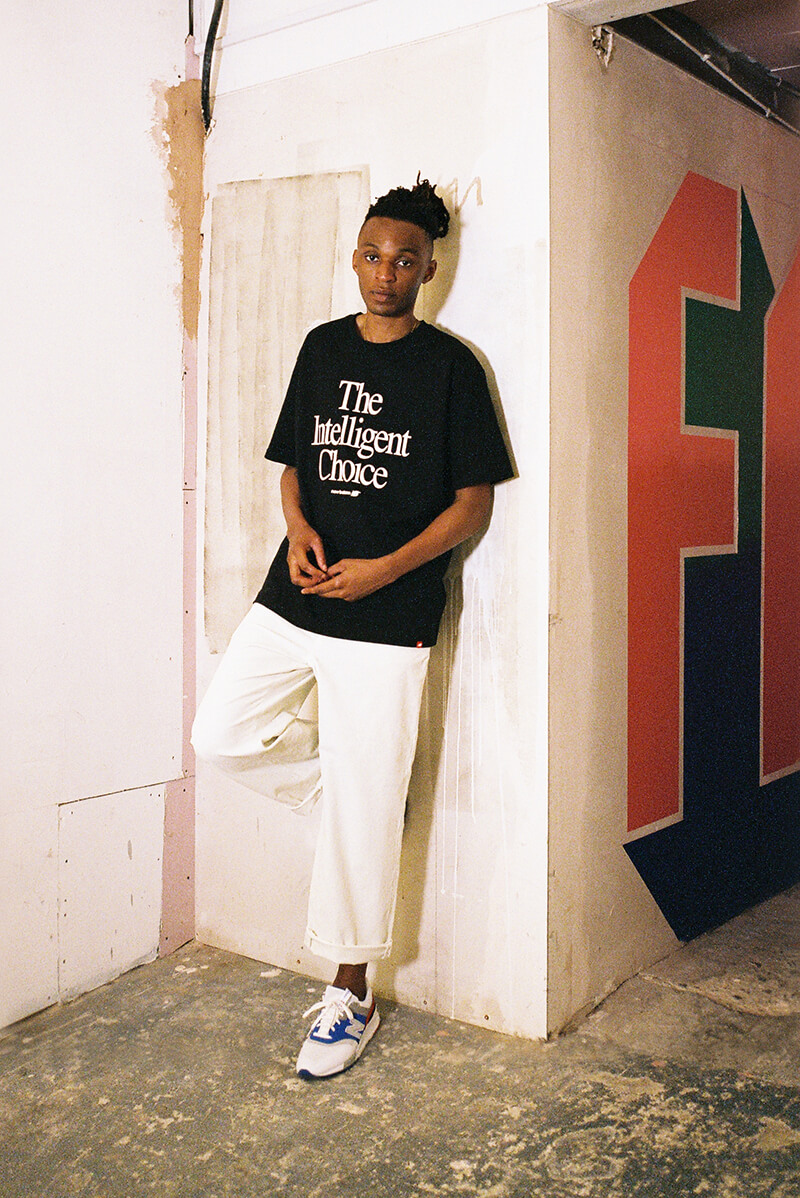