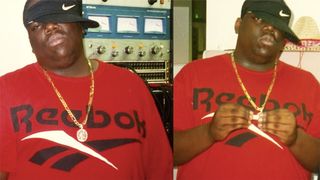 The Notorious B.I.G.‘s breakout album Ready To Die turned 25 earlier this week and to mark the occasion Amazon Music dropped a mini-documentary that explored the project’s legacy. Watch above.

Titled 25 Years of Ready to Die, the eight-minute-long documentary is built from interviews with those who contributed to and influenced the album, alongside rarely seen archival photographs and an interview with Biggie himself.

Easy Mo Dee and Dj Mister Cee, who served as producer and executive producer respectively, both feature in the documentary, as do former SVP of Promotions for Arista/Bad Boy, Rob Stone, and journalist Cheo Hodari Coker, who penned the biography Unbelievable: The Life, Death, and Afterlife of the Notorious B.I.G.

Watch the documentary in full above.