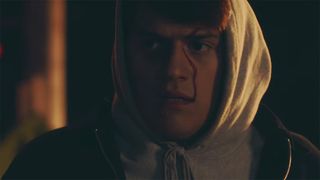 Mexican-American singer-songwriter Omar Apollo undoubtedly had a 2018 to remember. He released his debut EP, Stereo, sold out his first headlining tour, and was tapped as an artist to watch. Now, the burgeoning musician is back with his first new material since “Today” from the Skate Kitchen soundtrack, presenting “Trouble.”

“Trouble” is produced by Blake Slatkin and Omar himself, with additional production by Teo Halm. The tune, which further showcases Omar’s soothing vocals and songwriting prowess, is accompanied by an official music video starring his nephew. Directed by Aiden Cullen, the clip details Apollo’s close relationship with his young nephew, as he reflects on the impact of his decisions through the boy’s eyes.

Be sure to remain on the lookout for more from Omar Apollo in 2019, and in the meantime, head here to read our profile on the rising artist.

Why Have One Jacket When You Can Have One of These Combo Coats
SelectssponsoredNovember 16, 2020

A$AP Nast Doesn’t Want to Hear Your Music Unless You Dress Nice
MusicsponsoredAugust 6, 2020