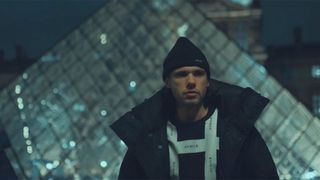 OrelSan is a bona fide sensation. The rapper has taken his native France by storm with the three solo albums already under his belt, recently notching some high-profile wins at the Victoires de la Musique (essentially the French Grammys). To help him celebrate, he’s tapped YBN Cordae for the single “Tout ce que j’sais / All I Know,” a bilingual banger that finds both MCs delivering pure fire over a trap-inflected beat. Take a listen to the track (and see them hit the streets of Paris) in the player above.

OrelSan told Highsnobiety in an email how the collaboration came together: “We connected on Instagram – YBN Cordae and I, he is one of my favorite rappers right now. Things were so simple… I said ‘your music is fire’ and he said ‘let’s make a track.’ So I invited him on Epilogue, my album’s reissue. Since our last show of 2018 was live on TV, I invited him on stage, as a guest. We shot the other part of the video the next day. “It was fun to show him around Paris and film at the same time.”

For more of our premieres, take a look at the new, wild stop-motion visual from duo Wild Belle here.

Logic Announces He’s Having a Baby on His “No Pressure” Freestyle
MusicsponsoredAugust 20, 2019

Brands You Know but Don’t Know Much About
UncategorizedsponsoredMarch 13, 2020

Everything You Need to Know About WTAPS
StylesponsoredMarch 17, 2020
Follow
Highsnobiety Music
What To Read Next
Load More
Search Results
Load More