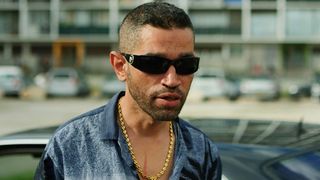 The film centers around themes of hardship and confrontation, finding its base in events that have personally hurt the French auteur, as he tells Highsnobiety.

The narrative follows a reformed bank-robber recently released from prison only to discover that escaping his past is not as easy as he had hoped.

Coming in at 31 minutes, PE$O is currently available to stream exclusively through Gatti’s website, Offwall 1990, for a 48-hour period — find the film here.