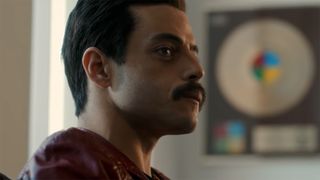 We get to hear from Malek himself as he discusses what it was like portraying such an iconic musician, as the cast and crew also delve into Rami’s Freddie Mercury performance. Interspersed within are various clips from the actual film.

Rami Malek Reportedly Being Cast as the Next James Bond Villain
MoviessponsoredFebruary 28, 2019