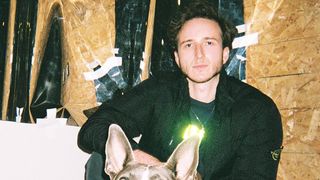 Prior to the aforementioned ad placements, RL Grime first teased the track in last year’s Halloween mix, then going on to preview the tune on his sold-out ‘NOVA’ tour. You can stream “Pressure” via the players above and below.

RL Grime’s NOVA, due out July 27, features the likes of Miguel, Chief Keef, Ty Dolla $ign, and Joji, among others.

In other music news, Chad Hugo has released 150 sounds from N.E.R.D, The Neptunes, Madonna, and more.

Grimes Shares New Single “My Name is Dark” Off Her Upcoming Album
MusicsponsoredNovember 30, 2019