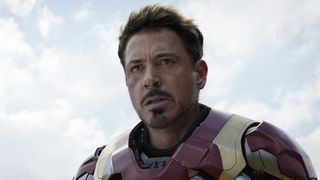 As with many in the entertainment business, Robert Downey Jr. didn’t exactly experience overnight success. While he did land his first acting gig at the age of five, it wasn’t until 15 years later (1985) that he was chosen to be on Saturday Night Live. Unfortunately, however, the program was a flop at the time, with Downey’s performance receiving less than stellar reviews.

Fast forward, and between 1999 and 2001, Downey found himself entangled with the law on numerous occasions for substance abuse. From there, he was admitted into multiple drug treatment programs, all leading to one final attempt at sobriety just years later. Thankfully, something took, and the actor began to get his life, and career, back on track.

With a clear mind, Downey was then tasked with playing Iron Man in 2008, a role that would undoubtedly catapult his career. The following three years, Downey remained atop Forbes list of the highest paid actors, and the rest, as they say, is history.

For a look at Robert Downey Jr.’s improbable comeback story, press play above.

In other film news, Ice Cube and Mike Epps have provided us with a glimpse at their upcoming ‘Friday’ movie.