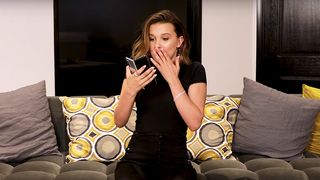 You can now pre-order the highly anticipated Samsung Galaxy Fold, but some celebrities have already received their devices ahead of its April 26 release. Samsung went around the world to gift some influential personalities the $1,980 phone and documented the unboxing process.

For a more in-depth unboxing, take a look at Lewis Hilsenteger aka UnBox Therapy give an extended first look at the anticipated phone. Underneath, you can also see Casey Neistat testing out the device.

The Samsung Galaxy Fold is Finally Getting Released
DesignsponsoredSeptember 5, 2019