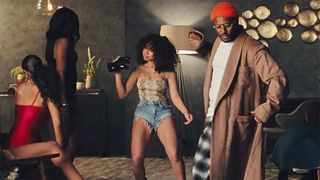 After teasing the clip, ScHoolboy Q returns to deliver the official music video for his CrasH Talk track with 21 Savage, “Floating.” The engaging aesthetic is directed by TDE heavyweights Jack Begert and Dave Free (of the little homies).

While 21 Savage is absent from the video, ScHoolboy Q takes us on a tour of Los Angeles during the three-minute clip. The visual features a trippy stop-motion effect, further bolstering TDE’s roster of impressive music videos.