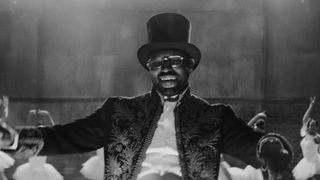 Peep the video above and read our original story below.

After debuting “CHopstix” featuring Travis Scott on The Tonight Show Starring Jimmy Fallon in March, ScHoolboy Q  has released the official track alongside a YouTube video which you can view above.

The track was initially slated to drop last week. However, Q indicated in an Instagram story that he would delay the official release out of respect for the late Nipsey Hussle. He wrote, “Y’all got the game fucked up if y’all think I’m trying to put out music tomorrow. I’m not putting out no fuckin’ music tomorrow. It’s not cool.”

According to Pitchfork the song briefly appeared on Spotify on April 4 but was quickly removed.

ScHoolboy Q Is Dropping a New Album This Year & He’s “Not Lying This Time”
MusicsponsoredJanuary 29, 2020

Everything We Know So Far About ScHoolboy Q’s New Album ‘CrasH Talk’
MusicsponsoredMarch 27, 2019