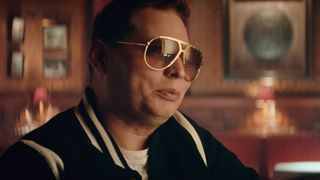 Aside from Timbaland and Pharrell Williams, Scott Storch was one of the more prominent producers of the late ’90s/early ’00s with a bevy of hits, like Dr. Dre’s “Still D.R.E.,” his former band The Roots’ Grammy-winning “You Got Me” featuring Erykah Badu, along with several others with Beyoncé, Fat Joe, Terror Squad, 50 Cent, Mario and more.

Vevo has released a new and original documentary aptly titled Still Storch, which puts the spotlight into Storch’s life as it is now. The success of the renowned producer brought about an obsession with the party lifestyle, as Storch publicly combated his addiction to drugs along with mismanaged riches.

Having hit rock bottom and now rising back, the documentary showcases Storch talking about his early days of learning music, his first gigs, and starting to professionaly make music while living in Philadelphia. He goes over memories of starting playing keys for The Roots, and how he learned the process of production.

Additionally, he talks about the difference between touring and recording, as well as his desire to return back to hearing his music on the top charts as he did many years ago. Currently, Storch is rocking out with the likes of A$AP Rocky, Post Malone, French Montana, A Boogie With Da Hoodie, and countless others.

In other music news, Chance the Rapper says his new album is not dropping this week.

Twitter Is in Its Feelings Over Travis Scott’s ‘Look Mom I Can Fly’
MusicsponsoredAugust 28, 2019

10 Things We Learned About Travis Scott From His Netflix Documentary
MusicsponsoredAugust 29, 2019

Wish You Were There? You Can Still Cop Travis Scott Merch at Stadium Goods
SelectssponsoredFebruary 20, 2020

15 Drops
The 15 Best Products to Drop This Week & Where to Buy Them
SelectssponsoredOctober 13, 2019
Follow
Highsnobiety Music
What To Read Next
Load More
Search Results
Load More