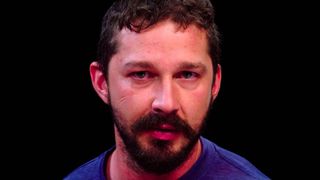 Hot Ones is kicking off its new season with the hottest of guests, the esteemed Shia LaBeouf. The fit gawd, star of two movies this year — Honey Boy and The Peanut Butter Falcon — and self-proclaimed “hot sauce guy” took on the challenge while spilling tears.

In the interview, LaBeouf discusses his new films, wrestling with Tom Hardy, and giving Kanye West his Indiana Jones hat. He also takes time to debunk some of the rumors about him, including shaving his teeth and not showering on the set of Fury, and gives the story behind some of his most iconic fit pics.

What’s the truth? Watch above to find out.