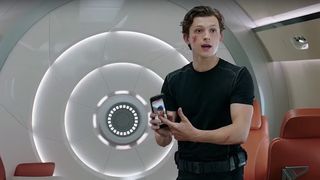 Warning: there are spoilers for Spider-Man: Far From Home below.

After six days in theatres, Marvel fans have had enough time to dissect Spider-Man: Far From Home and extract all the pop culture references and hidden Easter eggs within.

Screen Rant has compiled a 17-minute-long breakdown with 25 things you might have missed from the film, including why the name of Parker’s Venice hotel was so significant and the reason Jake Gyllenhaal’s is so perfectly cast as Mysterio.

Screen Rant has picked up on some of the more obscure references, such as the Fire Elemental’s resemblance to the Sandman character who debuted in the comic book, Amazing Spiderman Number 4 in 1963. Take a look at the clip above to see how many cryptic number plates, hidden wrestling posters and references to the Sinister Six you may have missed the first time around.