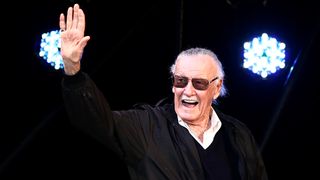 Marvel legend Stan Lee passed away a little over a year ago on November 12. Marvel Entertainment and ABC have in turn come together to remember the entertainment icon with an hour-long TV special airing later tonight.

Titled Celebrating Marvel’s Stan Lee, the program details the origin story of the beloved Marvel creator. Including never-before-seen interviews and archive footage of Lee himself, the special takes viewers through the life of the comic book writer, editor, publisher, and producer. Major players from the Marvel Cinematic Universe will also make an appearance, including Marvel president Kevin Feige, Tom Hiddleston, and Paul Bettany, in addition to Kevin Smith, Todd McFarlane, Mark Hamill, and Bob Iger, among others.

During his 70-plus-year career, Lee co-created such iconic characters as Spider-Man, Ant-Man, Iron Man, The Fantastic Four, The Avengers, The X-Men, and Black Panther.

Celebrating Marvel’s Stan Lee, which was partially filmed in front of a live audience at New York’s New Amsterdam Theater earlier this fall, airs tonight at 8 p.m. EST on ABC.