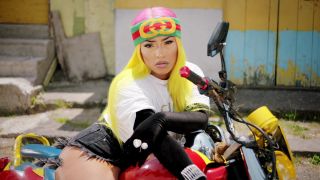 Stefflon Don recently became the first ever British artist featured in XXL‘s ‘Freshman Class’ list and continues to leave her mark on the music industry by pushing out even more material to the masses. The London rapper stays flexing on the competition and just dropped a brand spankin’ new single called “Senseless.” Don also co-directed the official music video which has summer bod goals written all over it.