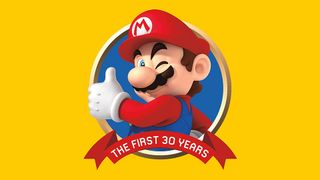 Back in 2015, Super Marios Bros. celebrated its 30th anniversary. Now you can dive into the history of the famed video game franchise thanks to the Super Mario Bros. Encyclopedia, available in standard and limited editions.

From the original Super Mario Bros. to Super Mario 3D World, the encyclopedia features content surrounding all 17 Super Mario games, including an introduction to Yoshi and the evolution of the Goomba. You’ll also be able to relive your favorite levels, learn how to find every coin, star, sun, and mushroom, and read an interview with producer Takashi Tezuka.

The deluxe limited edition of the Super Mario Bros. Encyclopedia comes with an embossed slipcase, as well as one of four covers: Super Mushroom, Fire Flower, Super Star, or 1-Up Mushroom. The book also has a ribbon bookmark and is decorated with a pattern of Super Stars.

You can purchase the standard Super Mario Bros. Encyclopedia for $40, while the deluxe limited edition retails for $80.

In other news, Nintendo plans to open theme parks and launch an esports league.

‘Paper Mario’ Is Coming to Switch But Fans Are Not Impressed
LifestylesponsoredMay 14, 2020
Follow
Highsnobiety Design
What To Read Next
Load More
Search Results
Load More