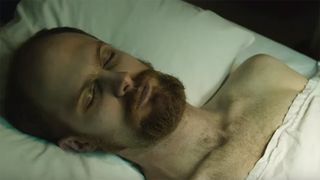 Following the trailer for The Kill Team, A24 is back this week to showcase another one of its new movies in The Death of Dick Long. The film was welcomed with rave reviews at Sundance earlier this year upon premiering in the festival’s NEXT section.

The Death of Dick Long tells the story of two friends by the names of Zeke and Earl in a small town in Alabama, who are attempting to cover up the illegal events that led to the death of their friend, Dick Long. Michael Abbott, Jr. and Andre Hyland portray Zeke and Earl in the drama, which is directed by Daniel Scheinert of A24’s Swiss Army Man.

Here’s What to Wear to Comic Con If Cosplay Isn’t Your Thing
SelectssponsoredOctober 3, 2019

How A24 Turned Screenplays into Grails
In-DepthsponsoredNovember 7, 2019
What To Read Next
Load More
Search Results
Load More