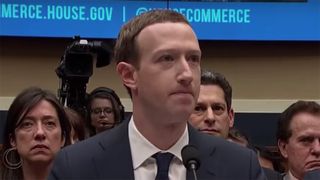 Following a premiere at the 2019 Sundance Film Festival, Academy Award nominees Karim Amer and Jehane Noujaim will soon be sharing their new investigative film, The Great Hack, with a larger audience. Ahead of this month’s release, Netflix unleashes the official trailer for a movie that will likely make your skin crawl.

The Great Hack ultimately explores the frightening world of data exploitation, as Netflix points out that data has surpassed oil as the world’s most valuable asset. It has recently been utilized to engage in both cultural and political warfare. In the film we hear from key figures in the Cambridge Analytica/Facebook data scandal.

Cambridge Analytica employees take you inside the Facebook data scandal to explain how your personal data is vulnerable — and how it’s already been exploited. #TheGreatHack premieres on Netflix, and in select theaters, on July 24. pic.twitter.com/IuLRPjtups

Directed by Karim Amer and Jehane Noujaim, who are well known for their projects revolving around social media, The Great Hack is produced by Amer, Geralyn Dreyfous, Judy Korin, and Pedro Kos. The film comes to select theaters and Netflix on July 24.

On this episode of The Dropcast, we are joined by Jabari “Jacuzzi” Khaled, founder of Basketball Skateboards and under-the-radar creative who’s worked with your favorite designer’s favorite designers.

Netflix Has Made Great Strides In Representation But Still Needs Work Behind the Scenes
LifestylesponsoredJuly 9, 2019