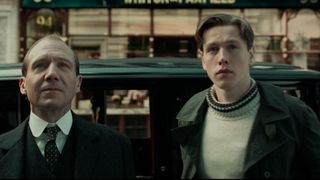 In 2020, they will become kings. Watch the new trailer for The King’s Man now. #TheKingsMan pic.twitter.com/MsLeQmEeTq

The King’s Man accounts for the third movie in the Kingsman franchise, following 2014’s Kingsman: The Secret Service and 2017’s sequel Kingsman: The Golden Circle. According to the synopsis, the film centers around a man attempting to prevent history’s worst tyrants and criminal masterminds from engaging in a war that will lead to the destruction of millions.