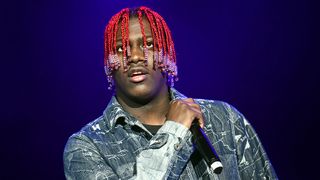 LOVERS HOLIDAY III OUT NOW ON ALL STREAMING PLATFORMS ! ENJOY 🧲

Lil Yachty has been tapped for his own “Seals” remix, while an additional version features both Yachty and Brooklyn singer Ian Isiah. Lovers Holiday III also includes the solo “Seals” variation, a “Seals” interlude and a “Seals” instrumental.

Add this to your playlist if you love me. https://t.co/J5Uk9uzi4A

Lovers Holiday III serves to complete Theophilus’ trilogy of projects of the same name. In addition to sharing the compilation, London announces his anticipated new album, Bebey, which is scheduled to arrive later this year.

Press play above to listen to Theophilus London’s “Seals” remix with Lil Yachty, then see underneath for the entire Lovers Holiday III project.