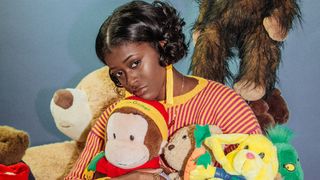 Last week, Tierra Whack put selfish people on blast with her single “Only Child.” Today, she’s clapping back on another track called “Clones” that sees the Philly rapper calling out everyone that has attempted to copy her style as an artist. Imitation is considered as the highest form of flattery, but Whack will be having none of that.

Whack recently discussed the song in a Beats 1 interview with Zane Lowe. Her short film for Apple Music’s Up Next program is officially out now. After you stream the single, revisit our profile on the Grammy-nominated artist about tapping into Whack World.

The Game Thinks the Internet Is Brainwashing You Into Liking Bad Music
MusicsponsoredFebruary 26, 2020