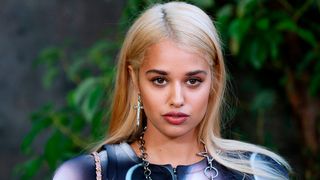 2018 marked a pivotal point for the career of Tommy Genesis. She finally dropped her long-awaited debut album that we declared as one of the 25 best albums of the year because it was loaded with plenty of bangers. Today, the Canadian artist was feeling extra generous and decided to share a new bop called “I’m Yours.” Permission to penetrate our brains fully granted.

“I wanted to release something cute for Valentine’s Day,” she explained in a press release. “This song is for my fans to enjoy before I begin my God Is Wild Tour!”

Next week, Genesis begins her international headlining tour that you won’t want to miss. After you listen to the single, revisit our review of her self-titled album along with our profile on how Genesis is making stimulating art rap for all your moods.

Your Guide to the Best Instagram Clothing Shops for Buying Vintage
StylesponsoredApril 8, 2019