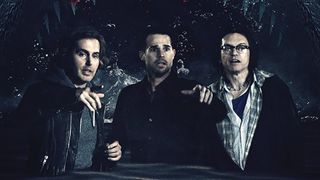 Tommy Wiseau has made a shark attack movie. Yes, as Bloody Disgusting reports, the director of the infamously so-bad-it’s-good film The Room is taking us on a new adventure, and this time it’s about a killer shark. Specifically, a killer shark terrorizing New Orleans. It’s called Big Shark.

The film, which will no doubt spawn “You’re tearing me apart, Big Shark” jokes, was announced with a teaser trailer during a screening of The Room at independent London theater Prince Charles. Tommy Wiseau has since blessed us by uploading the official trailer to YouTube. Watch it above.

The movie is set to include The Room co-star Greg Sestero (who also wrote the book The Disaster Artist, upon which James Franco’s 2017 film was based), a very poorly animated shark, Wiseau’s laughter, people getting slapped, a bunch of firefighters trying to save the world, and likely a narrative that makes little sense.

According to a Q&A held during the screening, Wiseau said that Big Shark is his way of giving something back to the city of New Orleans. The film is slated for a September release. Updates to follow.

Tommy Wiseau Is an Intergalactic Bounty Hunter in ‘SpaceWorld’
MoviessponsoredJuly 1, 2019