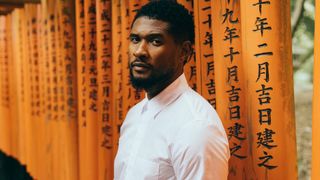 Two years after the release of his Hard II Love album, R&B superstar Usher is slated to take the spotlight once again with the drop of his latest project, produced entirely by hitmaker Zaytoven, with features from Future and Gunna. Stream it below.

In a series of posts on his official Instagram and Twitter accounts, the artist shared a teaser trailer to go alongside the studio album announcement, which showcases Usher riding around Atlanta with Zay, while making stops along the way.

The title of the album is presumed to be “A”, and it appears to be inspired, or perhaps designed by Virgil Abloh, as shown in the clip above.