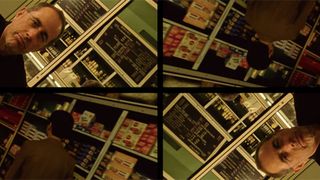 Vampire Weekend has just dropped a new music video for their song “Sunflower.” Directed by Jonah Hill, and starring Jerry Seinfeld, Steve Lacy (who features on the track), and hip-hop legend Fab 5 Freddy, the video is set at Zabars, the New York City gourmet market. Watch it above.

Previously, Jonah Hill made a cameo in the band’s video for “Harmony Hall,” another one of the four singles Vampire Weekend has released ahead of their new album Father of the Bride, out May 3. The full-length follows 2013’s Modern Vampires of the City.