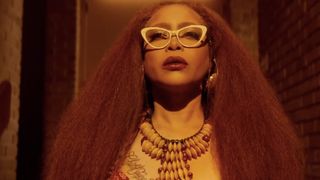 Paramount Pictures has released the first official trailer for What Men Want, a gender-flipped remake of Nancy Meyers’ 2000 film, What Women Want with Mel Gibson.

She knows what they’re thinking. Check out the trailer for @whatmenwant, starring @tarajiphenson, in theatres this January! Click the link in bio to watch the full trailer.

Directed by Adam Shankman, the movie stars Taraji P. Henson as Ali Davis, portraying an executive at a sports agency who is constantly being outdone by her male colleagues, and eventually getting passed over for a promotion due to her gender.

Then, after drinking a special tea potion concocted by featured star Erykah Badu, who plays a psychic, Ali Davis gains the ability to hear men’s thoughts after awaking from suffering a mild head injury.

Up next, here’s your first look at Disney’s live-action ‘Mulan.’

Work From Home
The Best Musician Live-Stream Concerts (So Far) to Rewatch in Self-Isolation
MusicsponsoredMarch 25, 2020

‘I Know What You Did Last Summer’ Is Getting a TV Reboot Directed by James Wan
MoviessponsoredJuly 29, 2019

Danny McBride Has No Idea Why Kanye West Wants Him to Star in His Biopic
MusicsponsoredJanuary 24, 2020
What To Read Next
Load More
Search Results
Load More