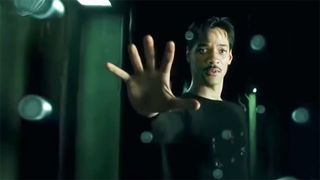 Earlier this year, Will Smith revealed that he turned down the role of Neo in The Matrix. Now, thanks to a new deepfake video, we have a glimpse of how different the iconic character would have been should Smith have played the part rather than Keanu Reeves. Watch above.

The clip is the brainchild of YouTuber Sham00k. Coming in at just over two-and-a-half minutes long, it moves through various iconic scenes in The Matrix and replaces Reeves’ face with Smith’s. It does, however, keep the OG actor’s fringe, which is pretty hard to ignore during tense discussions about blue and red pills and fight sequences against Agent Smith.

In case you missed it, find out why Smith turned down The Matrix in the video below.