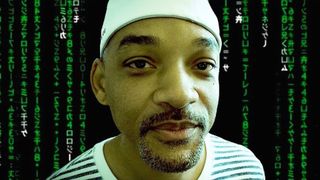 In a report last year, it was revealed that Will Smith nearly played Neo in The Matrix, a role which eventually went to Keanu Reeves. A YouTuber even imagined what the movie might have looked like had Smith went on to play the main protagonist.

Now, the Hollywood superstar reveals exactly why he turned down the role in a new video published on his official YouTube channel in a “Story Time” segment.

In the three-minute clip above, Will Smith explained that the film’s directors/writers, the Wachowskis, pitched the film’s concept in a confusing way. In particular, Will Smith couldn’t envision the Wachowskis’ description of how their 360-degree camera concept would work, which resulted into that classic Matrix scene where Neo dodged bullets captured in slow motion.

After turning down the role, he eventually went on to star in the box office dud Wild Wild West instead, and realizing he made a big mistake, “I’m not proud of it,” Smith expressed.

Will Smith also thinks Keanu Reeves was the perfect cast and doesn’t feel the movie would have turned out as well, had he taken the role. He even revealed that Val Kilmer would’ve been cast as Morpheus, instead of Laurence Fishburne. “I did ya’ll a favor,” Smith exclaimed. Enjoy the full clip above.

Will Smith Wants to Be in the “Old Town Road” Video
MoviessponsoredApril 7, 2019
What To Read Next
Load More
Search Results
Load More