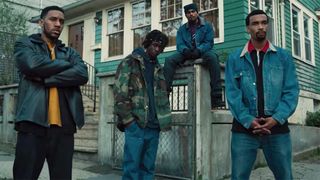 Following a teaser from earlier this month, Hulu shares the first full-length trailer for its new Wu-Tang Clan miniseries, Wu-Tang: An American Saga.

They found a bond in music. Their sound became legendary. Wu-Tang: An American Saga premieres September 4 on @Hulu. #WuTangOnHulu pic.twitter.com/bmxpmxaCSk

Wu-Tang: An American Saga draws inspiration from The Wu-Tang Manual and Tao of Wu, two books by RZA dealing with the introduction and philosophy of Wu-Tang. The show is also based on the true story of one of the most influential hip-hop groups of all time.