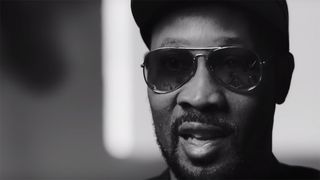 In addition to the members of the collective, A$AP Rocky, A$AP Ferg, and Joey Bada$$ among others will appear alongside interviews from friends and family of Wu-Tang Clan. The documentary arrives in celebration of the 25th anniversary of Enter the Wu-Tang (36 Chambers) on November 9. Watch the trailer above and scroll down to revisit some classic hip-hop, including some of the Wu-Tangs’s most well-known tracks.

In other news, Missy Elliott has become the first female rapper nominated into the Songwriters Hall of Fame. Get all the details right here.

A Wu-Tang Clan Lullaby Album Is On the Way
MusicsponsoredMarch 6, 2020
Follow
Highsnobiety Music
What To Read Next
Load More
Search Results
Load More