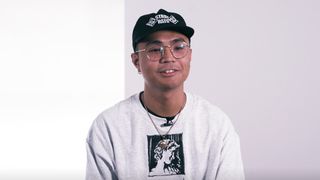 Since his move from South Florida a few years ago, Yeek has been transforming Los Angeles’ indie scene with his dreamy, sun-soaked aesthetic.

Yeek recently rolled through Highsnobiety’s New York office to perform the single “Cleaner Air”. Now, you can listen to the full EP. IDK WHERE includes features from Jesse (of The Neighbourhood), Dominic Fike, and Umi. Watch the visuals for “Too Fast” off the EP above.

The new project, which was announced with the lead single and video “Too Fast,” will be supported by an upcoming North American headlining tour that includes a stop at Lollapalooza and features support from Dotha.

Take a listen below.

Listen to a Sneak Peek of a New Drake Song
MusicsponsoredFebruary 20, 2019

15 Drops
The 15 Best Products to Drop This Week & Where to Buy Them
SelectssponsoredOctober 6, 2019
Follow
Highsnobiety Music
What To Read Next
Load More
Search Results
Load More