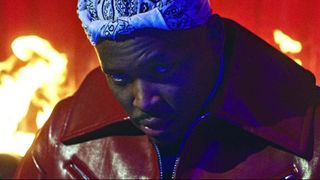 YG‘s 4Real 4Real project has finally arrived. Not only does it serve as the rapper’s fourth studio album, but it is also a tribute to his late friend and longtime collaborator, Nipsey Hussle. Following the long-awaited drop, he also shared a music video for “In The Dark.”

According to The FADER, the Compton rapper has pledged to give a portion of the album’s profits to Hussle’s children.

“I’m giving his kids a percentage of every song on the album. By the time they get 18, from me, they’re gonna have a bag sitting there.”

The LP includes the Tyga and Jon Z-assisted track “Go Loko” — the video which dropped earlier this month — alongside 13 other songs that feature collabs with the likes of Kanaiyah, G-Easy, and Meek Mill. Scroll down to stream it now and watch the visual above.

On this episode of The Dropcast, we are joined by Guillaume Philibert, founder of Filling Pieces. He founded his brand ten years ago when he was just 19, and since then has expanded his business from sneakers to a full apparel line. Check below.