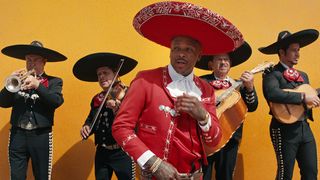 Cinco de Mayo is right around the corner so what better way to celebrate than with a video where YG hangs out with a mariachi band? Today, the rapper shared a video for his Tyga and Jon Z-assisted single “Go Loko.” According to the accompanying press release, the visual is “Angeleno-themed” and celebrates the beautiful cultures of Mexico and Puerto Rico within the City of Angels.

This visual follows YG’s recently released “Stop Snitchin” video which revolved around an epic slavery narrative. YG’s next album, 4REAL 4REAL was previously believed to come out on May 3, but there appears to be a delay so stay tuned here for updates on the official drop date. For now, immerse yourself in all the flavor in the video above.