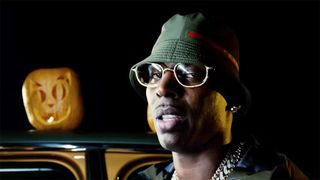 Young Dolph is back with his first release since his collaborative album with Key Glock, Dum & Dummer. Produced by Pyrex, “Tric or Treat” finds the 34-year-old rapper recalling his rise to prominence.

Pyrex comes through with creeping pianos on “Tric or Treat,” sounding like something straight out of a horror film. All the while, Dolph delves into his origin story only as he can. The Halloween-themed video for the single then features Young Dolph stunting in front of his Rolls-Royce, with dozens of Jack-o’-lanterns burning beside him.

Dolph is scheduled to hit the road with Key Glock in February of 2020. The two will be gracing stages in numerous cities across the United States, before wrapping up the tour on March 19. See below for dates and locations, and purchase tickets here.

Young Thug Drops Super Trippy, Surgery-Inspired Visuals for “Just How It Is”
MusicsponsoredSeptember 17, 2019