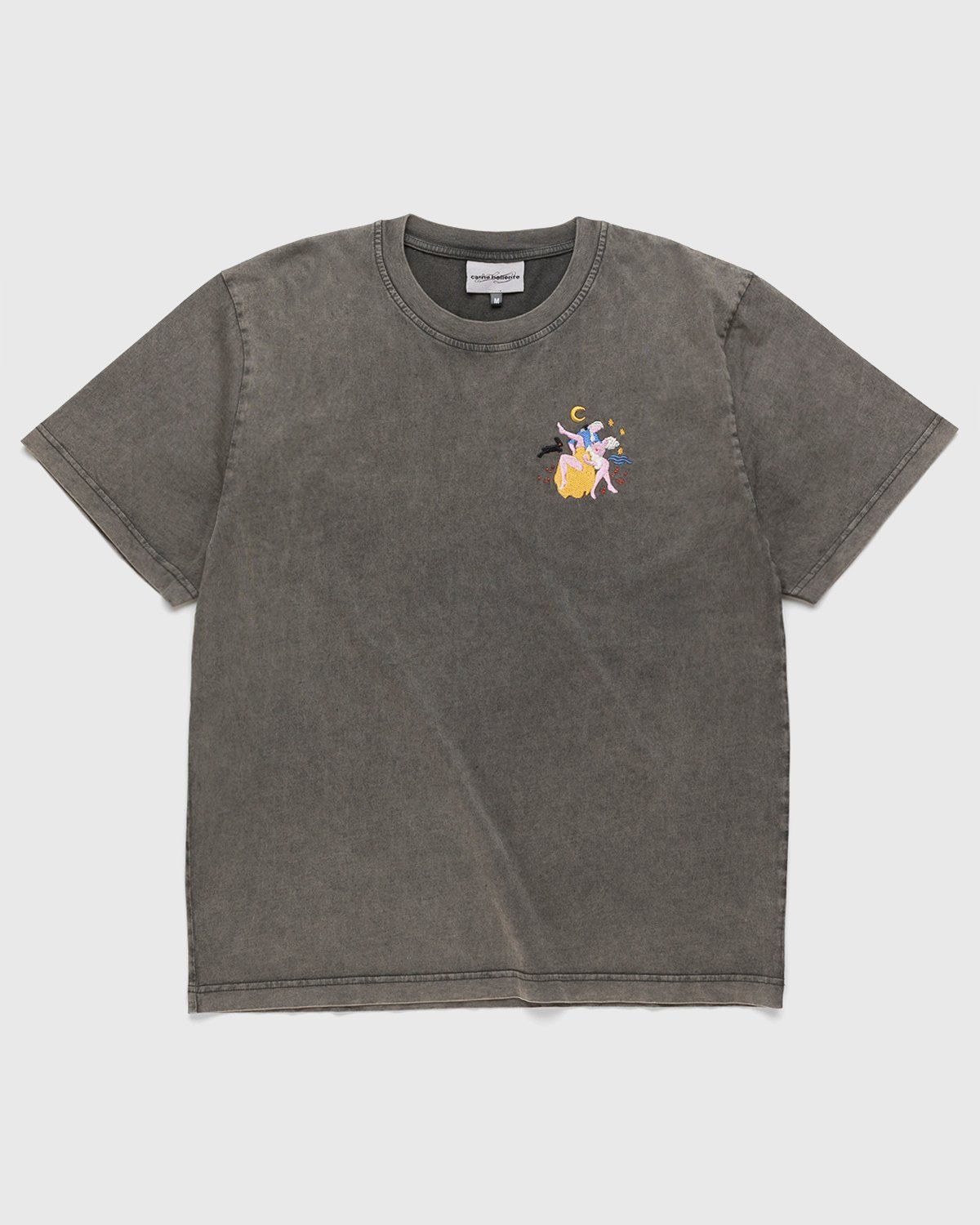 Carne Bollente is as sex-positive as it gets. Established in 2014, the independent Paris-based brand champions embracing oneā€™s sexuality and subsequent kinks through clothes that incorporate cheeky, sex-related graphics. The labelā€™s playful illustrations are on full display for AW21, such as on the Sinderella T-Shirt, which ultimately turns the iconic fairytale directly on its head. When you don Carne Bollente garms out in public, be prepared for side-eyes and muffled chatter. But thatā€™s just everyone elseā€™s problem ā€” wear it loud and proud, baby.

Made from organic cotton. Washed for a distinctive look. Short sleeves. Crew neck. Embroidered detail on the chest.