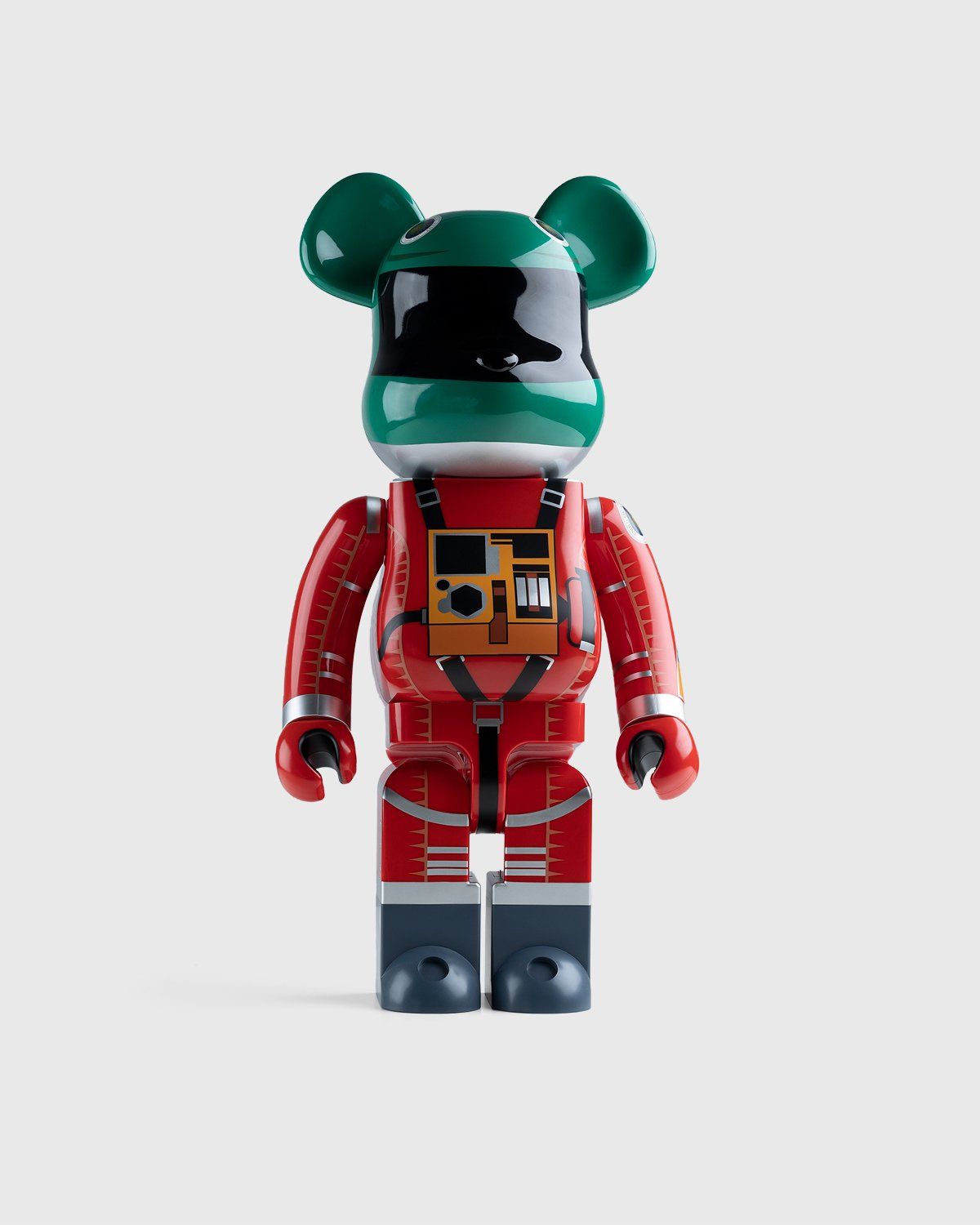 Medicom Toy’s new 1000% Be@rbrick pays homage to Stanley Kubrick’s 1968 sci-fi/adventure film, 2001: A Space Odyssey. Resembling the overall look of the space suit in the movie, the collectible figure is depicted wearing a similar orange suit, while also donning a complementary green helmet. Medicom Toy is certainly no stranger to pop culture references, often finding themselves at the intersection of art, streetwear, and popular culture. While most Be@rbricks are highly coveted, expect this one in particular to be even more sought after due to the Stanley Kubrick and classic movie connection.