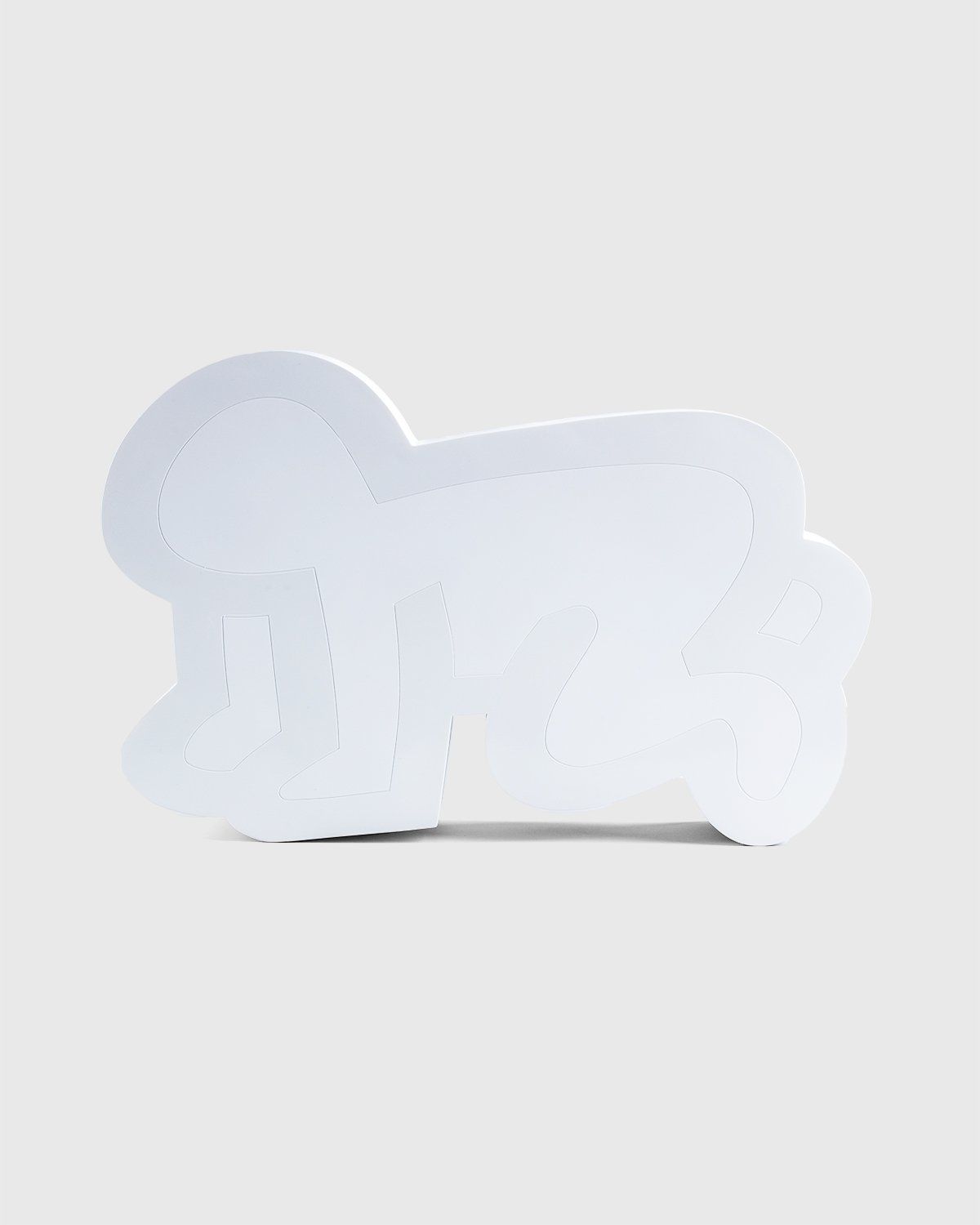 “Radiant Baby” was conceived during a time when Keith Haring was using chalk to sketch his now-famous designs in the New York City subway. Depicting a crawling child, he often referred to the act as “the purest and most positive experience of human existence.” “Radiant Baby” can be interpreted in a number of ways, as Haring himself went from using the piece to represent Jesus in nativity scenes or next to crosses, then on to having the baby inside atomic mushroom clouds and alongside depictions of war and violence. Either way you look at it, there’s no denying that it is one of the artist’s most influential works, and his personal favorite, too.

White statue spanning approximately 16 inches. Made in Japan from 100% polystone.